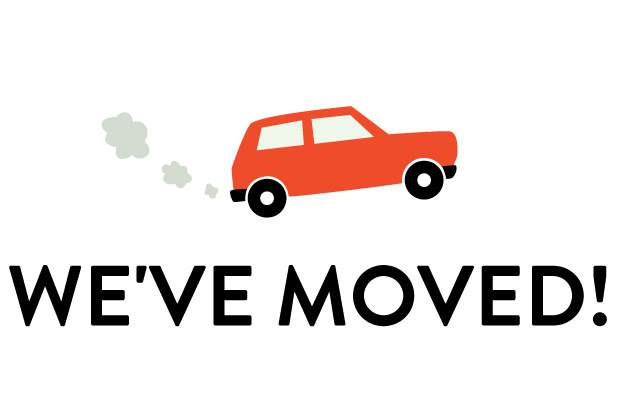 The English Muffin Blog has moved to:

Please come and join us over there! 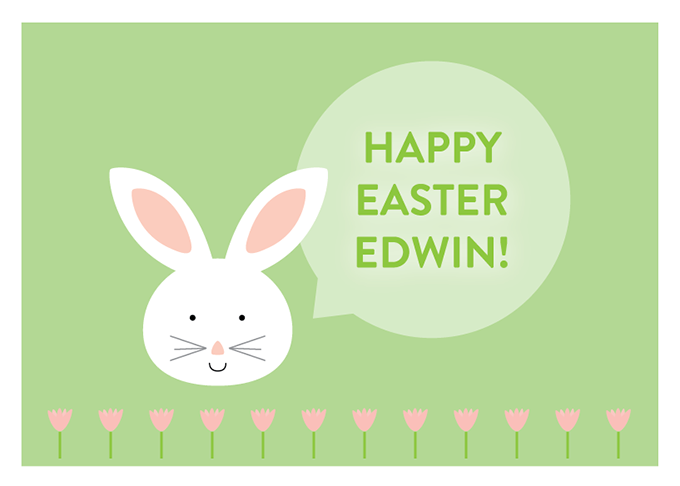 Hello! Just a little note to let you know that I'm offering personalized Easter Cards for the first 50 submissions. Check out the details on the English Muffin Facebook Page and get a special greeting from the Easter Bunny for your little ones. 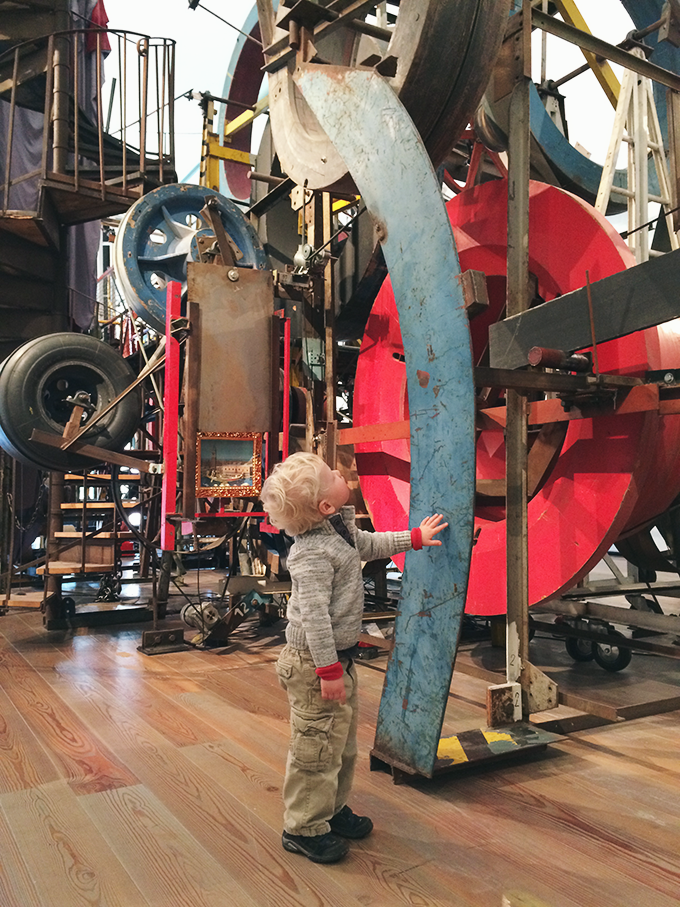 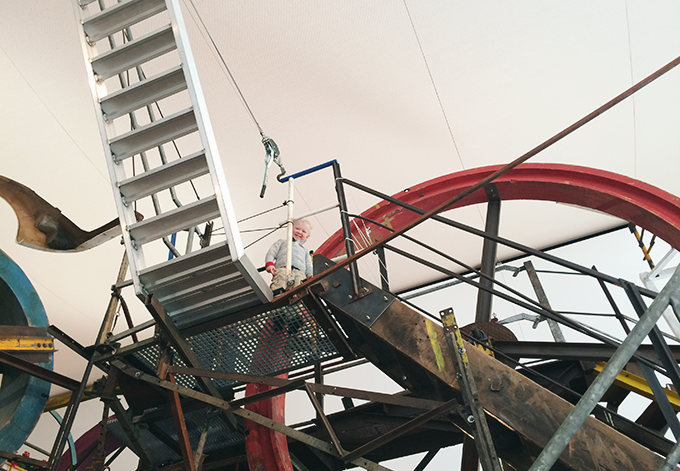 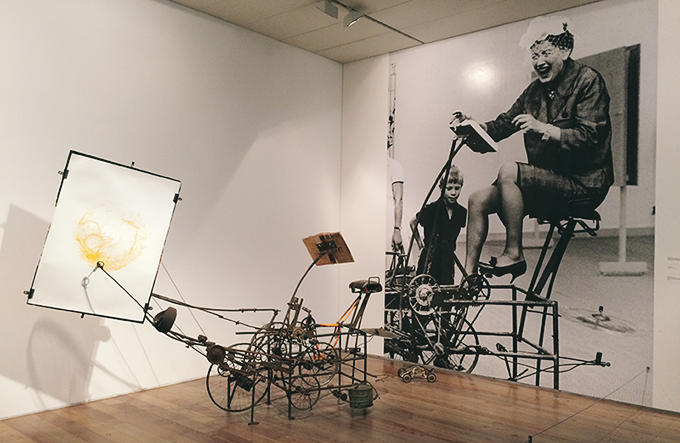 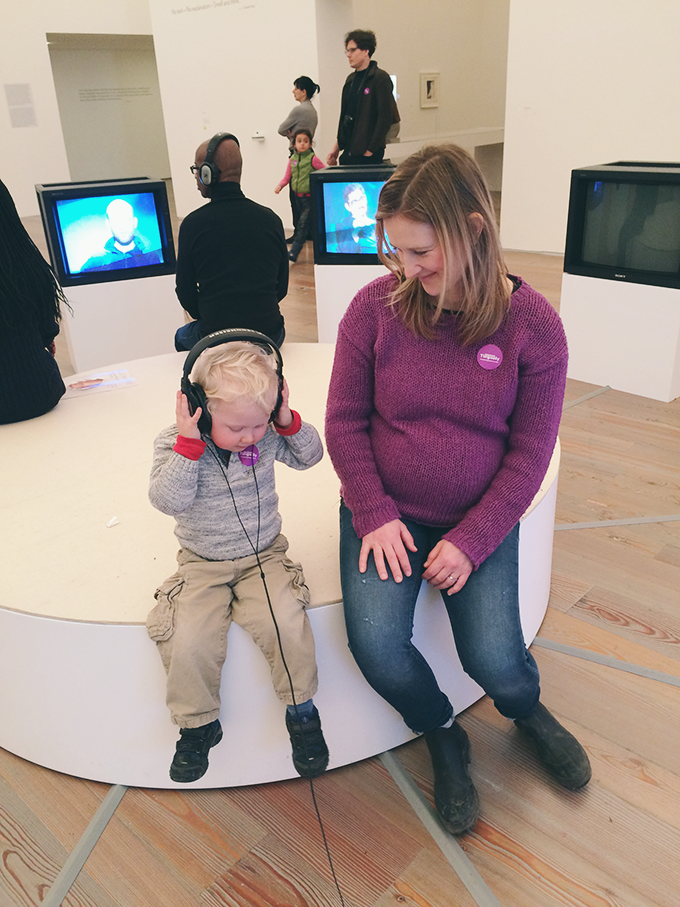 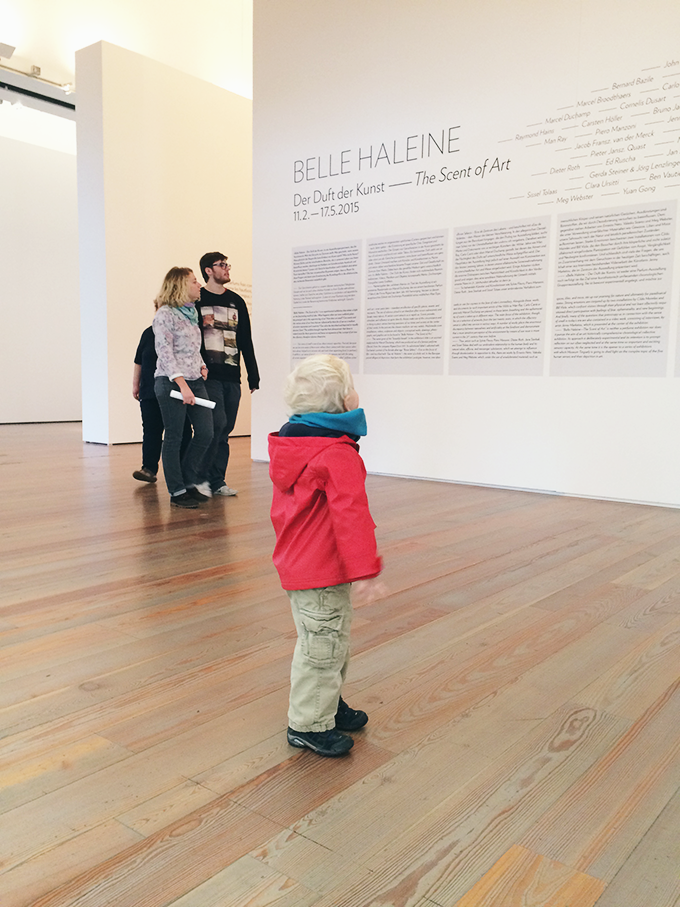 The latest issue of Pure Green Magazine, an eco-lifestyle publication I illustrate and design for, was themed Family Life. We opened our pages up to the little ones, the different types of families and definitions of family, and approached the issue with a feeling of fun and playfulness. 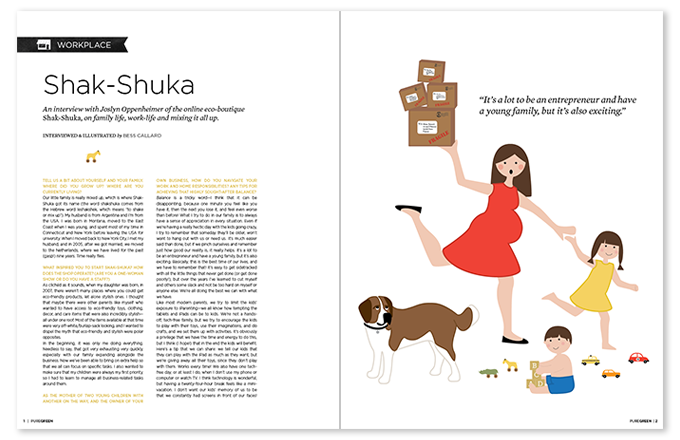 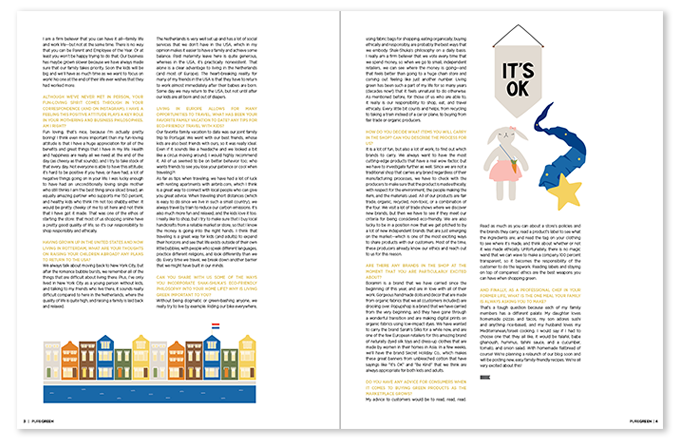 In this issue, I had the opportunity to do something I've never done before, contribute an interview with a wonderful Mama and inspiring entrepreneur in the Netherlands, Joslyn Oppenheimer, of the online eco-boutique Shak-Shuka. Joslyn allowed me to translate her story into illustrations, and I had a fun time capturing the essence of her work and home life, and her adorable St. Bernard. 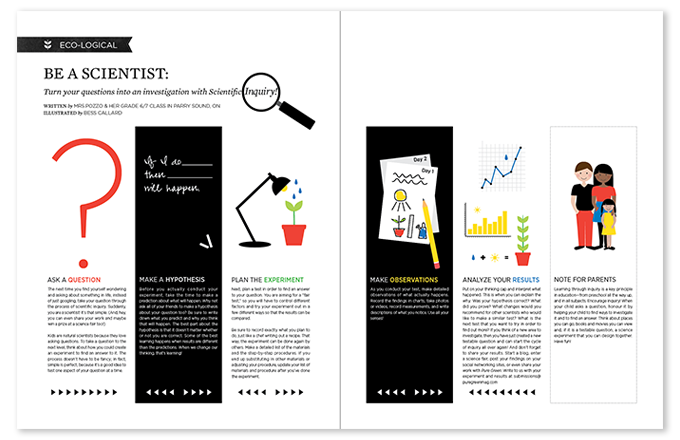 I was also charged with developing an illustrated piece geared to school-aged kids and sought out the help of one of my oldest and dearest friends, the warmest and most wonderful elementary school teacher I know, Courtney Pozzo, on teaching Scientific Inquiry. Courtney asked her grade 6/7 class to contribute to the writing and then crafted a piece worthy of a place right above every kids' homework desk. I know I'll be saving a copy for Eddie when he gets older.

If you'd like to get your hands on a copy of the latest issue of Pure Green Magazine, you can subscribe or visit one of our stockists.

On the Edge of Understanding


We had our first Elterngespräch (parent-teacher meeting) with Edwin's teacher from the Wald Kindergarten (forest kindergarten) this week. The teachers at the kindergarten are really wonderful, they are warm and friendly, and enthusiastic about their work. It was a really nice opportunity to sit down and hear how they feel Edwin is doing 3 months in. Especially in a situation like ours, new country, new language, new people and new environment, I was eager to hear more in depth about how things were going.

The first three weeks of kindergarten were particularly hard. It started out well, Edwin loved being outdoors all morning and he was excited about the new experience. He had been in daycare in Montreal so I wasn't too concerned that the separation would be an issue—it never was there. This time, however, was a different story. After a couple of days of me staying at the kindergarten and then leaving for an hour or two he started to get upset. He realized that this was going to happen everyday, and saying goodbye to me was not something he wanted to do. Of course, I understood. And, having the flexibility in my schedule, I ended up staying at kindergarten with him for 3 weeks. It was pretty intense. The most difficult part however was the fight every morning to get him out the door. As soon as he realized were going to kindergarten it was an uphill battle. I know this is not unusual, but it made me feel really awful. I would bike uphill the whole way to kindergarten, towing him in the trailer, listening to him cry and yell, "I don't want to go to kindergarten!! I want to go home!!". What was I doing to my child? He didn't need to go to kindergarten, he could stay home with me, we could make it work. Was he not ready for this yet? Was the new language too much? Was he too young? Was I being selfish wanting to get some work done in the mornings? I know these feelings of guilt are also not unusual for parents to feel. However, amplified by the fact that we'd moved him half way around the world and stuck him into a new situation that he never wanted or asked for, those bike rides to kindergarten every morning were just brutal.

Fast forward to today. Edwin, dare I say, looks forward to kindergarten. He has come out on the other side of the struggle and found his place among the other 19 children. He is understanding more German, speaking more German and making friends. He is absolutely thriving in his new environment, and that makes me sooooooo happy. His teachers describe him as friendly and caring, energetic, curious, open, flexible, and funny! These are all things we know him to be at home too, and the fact that he can be so open and his true self in a situation that could have caused him to turn inward, is a real testament to his spirit and the innate resiliency and adaptability of children.

I was listening to an interview on the CBC the other day about the benefits of "free range" parenting. Something that really struck me was when the interviewee (a self-described "free-range" parent) said, "Learning happens on the edge of understanding." I thought about that statement for a long time. The struggle that Edwin went through, and that all kids go through, when beginning something new and beyond their understanding is an opportunity for them to learn. As parents it's our job to support our children in these new situations—but not to rob them of the opportunity to struggle, grow and learn—as they come to understand something that was once unknown to them.

Shoot for the stars! 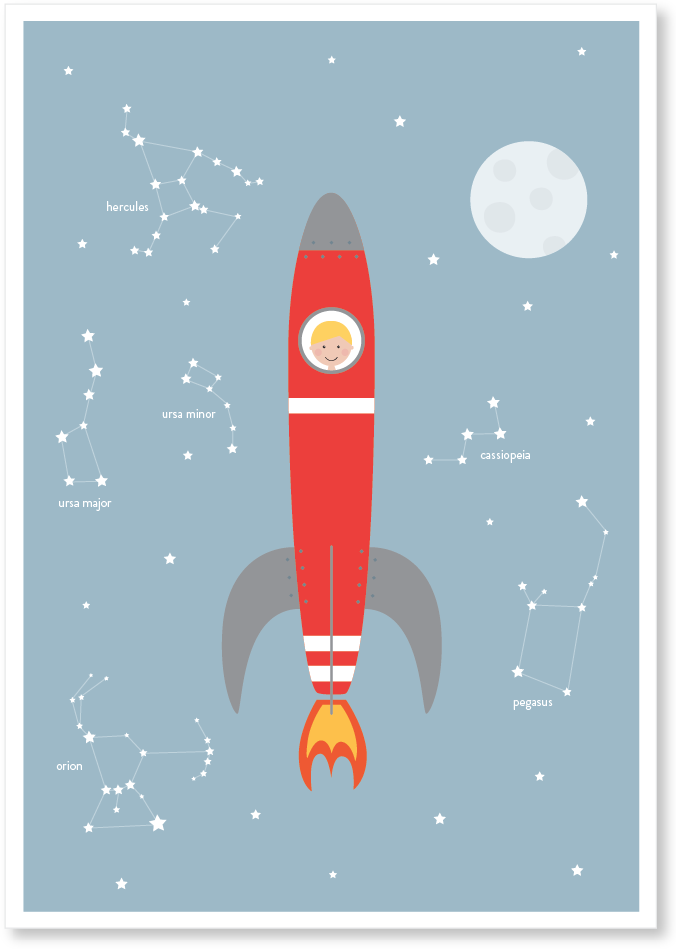 The other day—after many months—inspiration hit. Over the holidays we finally got around to spiffying up Edwin's bedroom in our new apartment, and now the bare walls are begging for some artwork. I was going to put up some of his favourite trucks, but the space works best with a vertical print. So one night after story time we were all sitting on his little couch staring at the empty wall, what should we put there I asked? And Eddie replied, a rocket ship! So, what is a mama to do but sit down at her computer and get to work. Since I really like to have some kind of educational element to my prints when possible, I've included some constellations that he can learn as he gets older. And of course, the boy in the rocket ship is Edwin.

It's still a work in progress, but I'm happy with how it's coming along. What do you think? Should I pop a few in the shop? I was thinking I could have a few different kid options available too (ie, boy or girl, brown, black or blond hair, and different lengths / styles).

**UPDATE: Now available in my shop!

New Year's Eve for the little ones 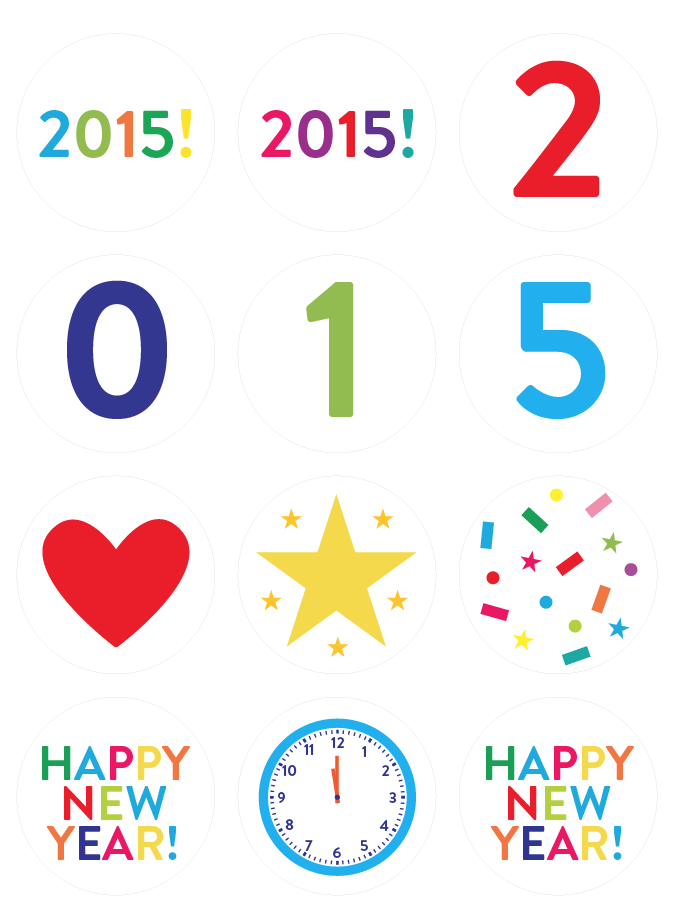 I made up some quick little stickers for Edwin and his friends to celebrate New Year's Eve. We'll be hosting a dinner for a couple families with small children and I though it might be fun for the kids to do some NYE arts and crafts.

In addition to the stickers, I'll have some curly ribbon on hand, washi tape and lots of markers, crayons and stamps. The goal is to decorate little party hats, if I can organize myself in time. Hopefully they'll enjoy it and it will ease the staying-up-a-bit-later-than-normal hyperactivity.

They are designed for Avery A4 Round Lablels, 60 mm (circle dimensions), of course you can print them on normal paper and cut them out too. 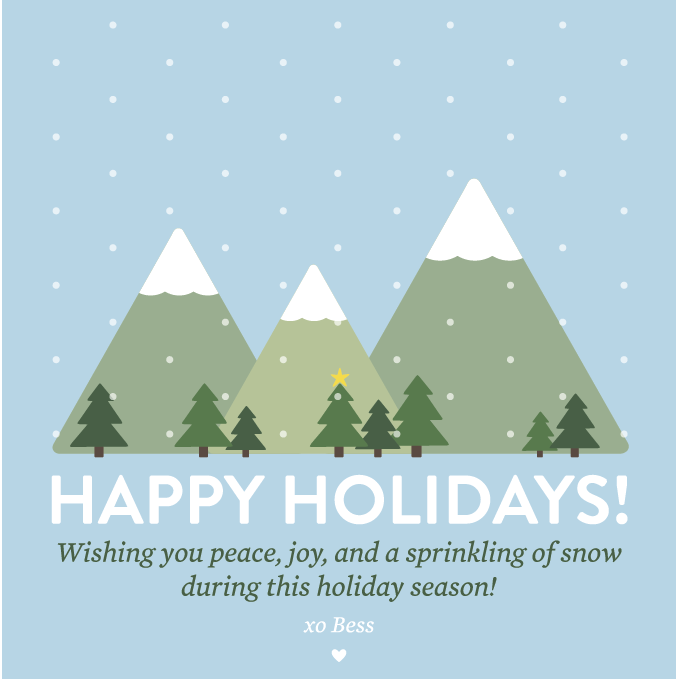 We are staying in Freiburg this year for Christmas, celebrating a quiet holiday season and enjoying the new sights and traditions in Germany. The end of 2014 has been busy, mostly on Charles' end, but that means that my parenting duties have doubled. Things with our little family are good however; Edwin is really starting to feel settled in his kindergarten, and we are starting to find our new rhythm, ie, time for me to do some work. I've got some projects milling about in my mind and I'm eager to hit the ground running in 2015 and really carve out some me/work time.

Life in Germany has been wonderful so far, but also presented us with challenges. Thank you for your patience with English Muffin, and for your continued support.