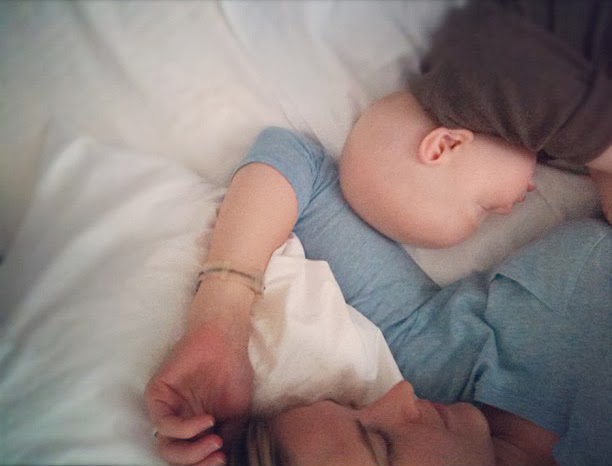 Edwin and I have cut the last baby string. He's been walking for months, running and jumping, he speaks in 3-4 word phrases, can count to 10 in English and Spanish, sing songs, makes up games and throws a mean tantrum, all signs indeed point to him not being a baby anymore. But, there was one string left, one last string that has been a constant connection between us since his first moments in my arms, breastfeeding.

I didn't know anything about breastfeeding before having Eddie, besides the obvious, mama makes milk and baby drinks it. It always looked so natural and easy, effortless really. However Edwin and I, like many other new mothers and babies, did not have an easy time learning the breastfeeding ropes. In short, Edwin was tongue tied and those first few weeks of breastfeeding were extremely painful for me, and extremely inefficient for little Edwin. There was a helpful but high pressure nurse who came to our home a couple times to offer support, she essentially built a fort of pillows around me and Edwin to help us find the magical breastfeeding hold, there were books, videos, the mighty internet, and finally a trip to the dentist to have Edwin's tongue tie snipped. Eventually, we did find our stride and with a little time I actually began to enjoy those quiet times together. Edwin was a ferocious eater for the first 6 months of his life, and nursed during the night up until he was 12 months old. It was a full time job to supply milk for that little guy. But beyond the benefits for Edwin, there were clear benefits for me. Edwin was having trouble falling asleep? Breastfeed him. He was sick? Breastfeed him. He was being fussy at a restaurant? Breastfeed him. Teething? Sad? Forgot to pack a snack? Breastfeeeeeeeed him! It was my go to solution for everything—because it worked. We gradually started winding down around 14 months when he started part-time daycare, and then finally dropped down to one feeding a day at 18 months when he started full-time daycare. It probably could have ended then, but there was one feed I just couldn't let go of, 5am. Edwin was getting up at 5am and adamant that that was his wake-up time, I however was adamant that that was not my wake up time. So what did we do? Breastfeed in bed.

Finally last Wednesday I decided that my 5am solution was not really working. What had been a soothing activity had turned into baby gymnastics in our bed, pinching, biting, kicking, and other unpleasantness. Edwin was having a party while I was trying to steal a little more sleep. So that morning I went into his room and told him it was not time to wake up yet, that he needed to sleep a little longer. And that is when we cut the last baby string. It was pretty worn and neither of us really noticed that it was even still there, there were no cries for milk that morning or since. I hadn't intended to breastfeed Edwin beyond a year, but I'm glad that we continued to a point where the connection we had worked so hard to establish in those first few days and weeks had become strong enough that we were both ready to let it go. 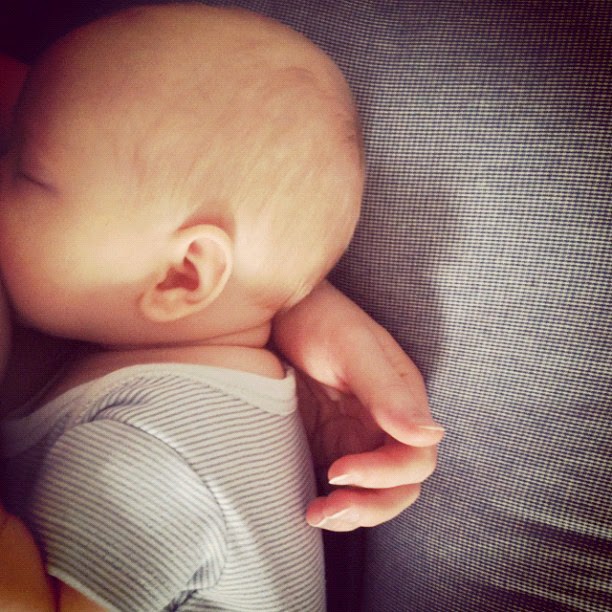 Raising this beautiful boy is a lesson in moving forward. I would never be able to say goodbye to Edwin the baby if Edwin the toddler was not full even more love, life, and promise of all the wonderful things to come.