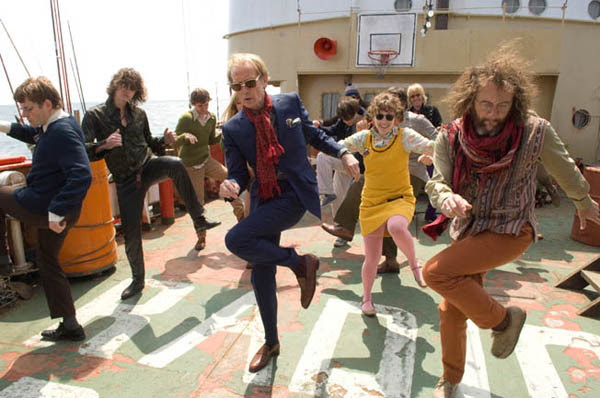 On Saturday I watched Pirate Radio, a great movie with an all-star cast and an equally star studded soundtrack. I may be a little late to the party, I guess this movie has been out for a while now, but if you haven't seen it - you should. It's a great story about a quirky cast of characters, their love of Rock n'Roll and how they stick it to the man (the man in this case being the British Parliament).

The soundtrack is full of iconic music from the 1960's; The Beatles, David Bowie, The Who, Dusty Springfield, Jimi Hendrix and so many more. I also found a few character playlists; special musical playlists that writer-director Richard Curtis created for each of the DJs featured in the film. 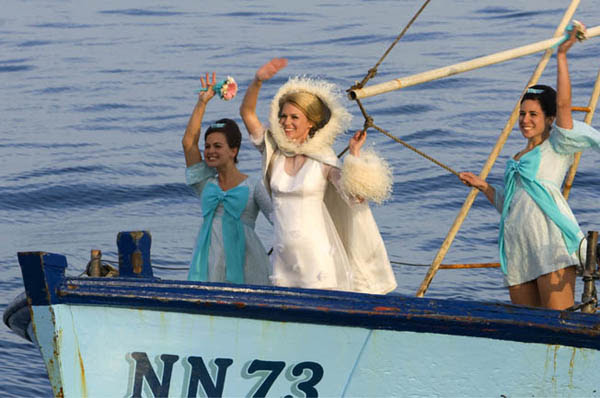 In other news... now I want to get married on a boat! There's this great scene where January Jones who plays Elenore, and Chris O'Dowd who plays Simple Simon, get married on the deck of the ship. The set is so pretty and simple, decorated with colourful bunting flags, garland and records swaying in the wind. Here, have a look for yourself - wouldn't this be a dreamy wedding?!